Having a powerful vehicle is a great thing, but sometimes we cannot afford to buy a supercar or a really powerful SUV from the saloon, so the first and most convenient option is to upgrade what we currently have.

When it comes to upgrading the horsepower of a vehicle, one of the easiest and least expensive ways to do it is by chip tuning. We understand that some of you are not very familiar with this term, but worry not, because we are going to explain everything in this article.

Cars are not the only vehicles that are being tuned, and lately, especially in 2022, we saw a huge increase in popularity for truck tuning. If you are wondering why people are doing this, feel free to stay with us until the end and read the informative content that we’ve prepared just for you. Let’s take a look.

What is “chip tuning”?

To help you understand this better, we’re going to put it this way. Every modern vehicle has a computer system, or more precisely, an electronic control unit, which is also known as ECU. This is what controls the timings, emissions and a lot of other important things in a car, a truck or an SUV.

Now, these things can operate a lot better, but manufacturers put some sorts of boundaries and limits because they want everything to be in a “safe zone”. With chip tuning, a professional tuner is modifying the read-only memory (ROM) of the ECU, and removing those limits, making the car perform a lot better, while only slightly increasing the risk of some other “side-effects”.

By doing this, you can increase the horsepower of the vehicle, which is very important for trucks, especially those that carry some sort of a load in them, because they can benefit the most from the extra power. However, the benefits don’t just stop here.

Another reason why performance chips for trucks are becoming so popular in 2022, is the fact that by getting that extra HP (Horse Power), the vehicle can operate a lot easier, achieving speed much faster without wasting a lot of fuel, making your rides even more economic.

A lot of people think that tuning is only done by car fanatics and people who don’t care about the economy, but that’s not true. Although it sounds very odd, a family can benefit economically-wise by installing a chiptune on their truck. Who doesn’t like to have more power for less fuel cost?

Not so difficult to get

Chip tuning is not illegal or forbidden in any way, because you are responsible for anything that happens to your vehicle, so unless you are using a rent-a-car vehicle, you can do whatever you want with it.

If you are wondering where to get a chiptune, make sure to visit RaceME. You can learn a lot from their website, as well as get in touch with a professional tuner.

When we talk about chip tuning, and we’re trying to explain to somebody why it is so worth to get one for your vehicle, we like to focus on explaining it economically-wise, because being efficient is what a lot of people are after these days.

Think of it as an investment. You might be paying a couple of hundred dollars for the initial price, but the increased fuel efficiency and the joy of riding around in a much more powerful vehicle are both great reasons that should make you consider getting one.

Okay, but what happens with power-users and those who only care about being fast on the street? Well, they get even more benefits.

If you’re a “petrolhead”

Those who are into cars and powerful engines have a really good understanding of people who want to tune their vehicles, and they don’t care about efficiency or anything else other than being the fastest on the street. Believe it or not, some trucks are tuned so much that they have more than eight hundred horsepower, which is something that sounds completely mind-blowing even for a supercar.

Racing is not the only reason why people do this, and there are numerous scenarios where you can greatly benefit from the extra engine horsepower.

Imagine being stuck on a very steep hill, and there isn’t anyone nearby to help you tow your vehicle or push from the back. You don’t want to be stuck there forever, obviously, so unless you have a powerful engine and enough horsepower to get yourself out of there, there isn’t any reliable solution that we can think of.

Extra power is always a great thing, but it increases the risk of making an accident, so we don’t recommend chip tuning unless you are at least a slightly experienced driver.

In a world where powerful cars and vehicles are a cool thing, chip tuning seems to get a lot of popularity over the past couple of years, with all of this peaking in 2022. If you are wondering why people are turning their engines and increase horsepower as much as they can, well, some do it for pleasure, while others enjoy the economic benefits.

Due to the rising popularity of chip-tuning, a lot of shops are being opened worldwide, making this a much easier thing to get compared to what it was a couple of years ago.

If you enjoy racing, or you are just a family guy who wants to maximize the fuel efficiency and emissions of their truck, getting a chip-tune done is most likely a great idea. Make sure to completely inform yourself before doing it, and only let experienced professionals handle the business. Do not attempt it on your own, because you can harm your vehicle permanently. 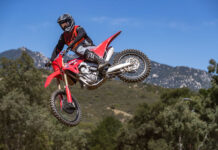 Common Issues With Dirt Bikes & How To Deal With Them 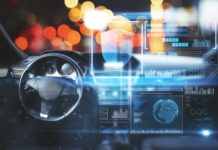 The Speeding Depreciation of High-Tech Cars in 2022 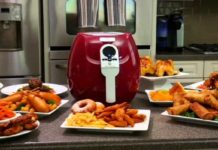