As the saying goes, you only get one chance to make a first impression, and depending on how you handle yourself, this could be a good thing or a bad thing. Thankfully, you can always improve in this area.

The Psychology of First Impressions

Research shows that first impressions can be formed in as little as 33 milliseconds. And once formed, a first impression can last for months at a time before being changed (for better or worse).

First impressions can be generic, but they tend to be quite specific in nature. For example, all it takes is several seconds for someone to determine your financial status, trustworthiness, charisma, leadership abilities, intelligence, dominance, success, competence, and whether you could be a friend or foe.

We’re not here to argue whether forming such rapid conclusions about an individual’s status and worth is a good thing. However, that’s what the human brain does. For many centuries, it was the brain’s ability to forge quick first impressions that meant the difference between death and survival.

And though most of us don’t encounter situations such as these on a daily basis, the first impression is still a powerful psychological tool for determining how to proceed in different scenarios.

First impressions are important in job interviews, networking, sales, friendships, and dating. If you can learn how to control the impressions you make on others, you stand to be more successful in each of these areas.

There is no proprietary formula for leaving a positive impression in every scenario. People are different – and we all have unique preferences, expectations, and life experiences that shape how we view the world. But there is a playbook for success. And if you follow these best practices, you’ll end up in a favorable position more times than not.

We all have our own confidence-killing attributes. These are physical or cognitive traits that make us self-conscious in social situations – particularly ones where we’re meeting new people. Proactively dealing with them can help us tremendously in the first impressions department.

Examples of common confidence killers include:

Hair loss and balding. For millions of men, hair loss is a major confidence-zapper. There’s a very real sense of loss and decline that comes from losing hair. And all you can think about is how other people are perceiving you.

However, the good news is that there are plenty of ways to overcome hair loss. According to Kiierr.com, regular use of low level light therapy (LLLT) can help you regrow hair in as little as 30 minutes per day.

Speech impediments.  As many as 3 million Americans suffer from some form of a speech impediment (including stuttering, sound omissions, and/or voice disorders). If you’re one of them, your impediment may have an impact on your confidence level. But again, if you’re willing to deal with it head-on, you can elevate your confidence and become more sure of yourself in social settings.

Ironically enough, it’s less about the issue (balding, stuttering, etc.) and more about our perception of the issue. Other people care far less than we do. However, by proactively addressing these issues, we give ourselves a boost of confidence that carries over into our interactions and makes us more engaging.

It’s not always possible to know when you’ll be meeting someone new, but if it’s a planned engagement – like a job interview or first date – it’s helpful to know as much about your audience as possible.

When you know who your audience is, you can do some research ahead of time to determine a little of their background and interests. Based on this information, you can guide the conversation so that you’re able to uncover mutual points of interest.

Your voice plays a significant role in a first impression. If you’re nervous, your body’s natural tendency will be to talk fast and high. Unfortunately, this makes you seem nervous and childish.

Force your voice to go slow and low. Avoid rising intonation at the end of words and sentences. Instead, focus on keeping an even, steady, and intentional pace. It’s also helpful to avoid filler words like “um” and “like.”

As selfish as it sounds, there’s one person you care about more than anyone else: yourself. That doesn’t make you selfish, weird, or evil – it’s just part of the human experience. And guess what? Every other person you encounter has the same vain penchant for prioritizing their own wants, needs, and desires. Understanding this will help you forge strong, positive, and lasting impressions.

In every conversation you have with someone else, you want to make them feel important. And one of the best ways to do this is by asking them questions. Asking questions shows interest. It makes the other person feel like what they’re saying is interesting and meaningful. These are little things that stick with people.

The sweetest word in the English language is your own name. People love hearing their name (and are biologically programmed to hear their name and pick it out from a noisy room).

The problem is that most people are terrible at remembering names. Even seconds after an introduction, it’s easy to forget. But if you can remember someone’s name after meeting them, it’ll give you a significant advantage (and allow you to control their impression of you).

Even more important than remembering the name is using the name. When you drop someone’s name in a conversation, it causes them to perk up and focus on what you’re saying. It also delivers a slight dopamine hit, which makes that individual associate you with good feelings. In other words, it helps you cultivate a positive lasting impression. (Particularly if you’re quick to use their name the next time you meet.)

Set Yourself Up for Success

First impressions are more important than the average person realizes. While they aren’t necessarily set in stone, they might as well be. Trying to overcome negative first impressions requires weeks and months of positive interactions. (And even then, you have to understand what negative impression exists so that you can tactfully overcome it.)

Do yourself a favor and make a positive first impression from the start. Pay attention to your appearance, words, actions, and aura. Never try to be someone you’re not, but always be mindful of how you’re putting yourself out there. An intentional approach will yield superior results. 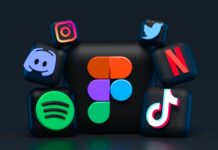 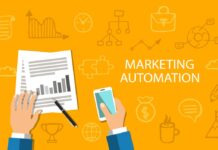 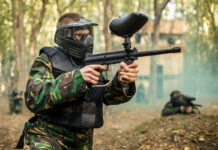 Can You Use Machine Learning Algorithms For Sports Betting