Every single year we see huge technological leaps and improvements in almost every industry in the world. Many technologies have improved by a lot in this past decade. Some would say that 2022, 2019, and hopefully 2022 are the years where we have made one of the most impressive advancements ever. A great example is the printing industry because there have been a lot of emerging new trends and technologies. Comparing the prints from today and those from 10 or 20 years ago, there are a lot of differences.

Right now, you are probably wondering what exactly has changed in the printing industry. You see today’s newspaper and it looks completely the same as the one from 20, 30 or even 50 years ago. Maybe the ink has been changed, but what else is different? Well, newspapers are a bad example because it is not worth for those companies to make the replacement of the machines that they already have.

The real improvements can be seen in modern magazines, books, notebooks, and even in the paper that we use. Even if there are no visual differences you can notice, you have to keep in mind that some of the technological advancements have brought easier, faster, and cheaper production. It is not always about creating a better product, it is also about creating that same product in a much easier process.

I assume that you are currently very interested in the subject and you want to know more about it which is why I met this article for the emerging trends and technologies in the printing industry.

One of the most obvious technological trends in the printing industry right now has to be the switch to digital machines and overall digitalization. The benefits of making this kind of transition are quite obvious. Any other company that has switched over to digitalization, computers, and the Internet has seen a huge increase in both efficiency and accuracy.

So, it makes sense that if printing companies also make this kind of transition, they would quickly become a lot more efficient. But, unfortunately, making this kind of change is not simple at all.

First, the reason that companies are unable to turn completely digital is because of the fact that not every machine can be replaced with a digital one. The traditional way of doing this kind of work, more commonly referred to as offset, requires special plates that need to be used during the printing process. I am sure that these plates will not be replaced anytime soon. Because when it comes to more accurate colors and working with a larger canvas, working with offset is always better.

We also have to consider the fact that these new digital machines are also very expensive. Replacing an entire factory with these machines can cost up to hundreds of millions of dollars. Then you have to factor in the need to teach every single employee about these new machines and how to work on them. There will also probably be a need for a certain period of time so the employees can get used to this new way of work.

However, this does not mean that digitalization is bad because in a couple of years, a lot of things will change and those machines will start to sell for a much cheaper and affordable price. Making a transition such as this one immediately is impossible, but doing it over a certain period of time is very possible.

Prints on complicated shapes and materials

Another very interesting trend in this trend for the last couple of years is printing on all kinds of complicated shapes. In the past, this was not exactly doable and was very expensive. It was probably even impossible to print on certain shapes.

So, what has changed and allowed us to do this kind of printing? Well, many companies today have already purchased all kinds of machines that offer a different type of work. For example, today you will be able to find printing machines that are dedicated to working on glass bottles, small glasses, food glass containers as suggested by OnceTech. There is also the option of rotary indexed flatbed screen machines, electric flat screen, cylindrical screen, round screen, and many other variations.

This is a technological trend that has improved the efficiency of almost every company around the world and has provided a more practical life for the average person.

What was once thought of as impossible was now suddenly possible for every office and almost every home. What could only be done on offset machines was now possible with a smaller machine that could be used in a home or in an office. We refer to these devices as printers.

These devices came to use when we were introduced to inkjet and laser technology. It completely altered the way the entire industry works and made the act of printing on a single paper truly simple. With just a couple of adjustments on a computer and then a press of a button, you get to have a photocopy on paper on what you had on your computer screen in a matter of seconds. This new technological discovery was simply amazing at the time.

There are probably hundreds of other trends and technologies that have made an impact on this industry, but I believe that the ones I mentioned are truly the most remarkable. 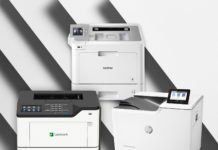 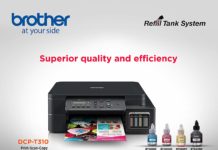 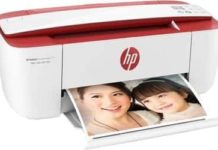