The world of economics and finance is an infinite world in which each of us can get lost if we do not know how to act in a single moment. It is a world based on numbers and without constant analysis and monitoring of the situation, it is difficult to be successful in it. Orientation in economics and finance is gained by reading articles, following analyzes, but also by learning from experienced economists to do those analyze for ourselves. The most popular areas of the economy that have been monitored in the last year are the state of the world stock markets, changes in the strongest and most important monetary currencies in the world, oil price fluctuations, and cryptocurrencies are the first and most followed area of the modern monetary economy.

Cryptocurrencies are something relatively new that is happening to the economy, especially the monetary one. With their appearance about ten years ago, the boundaries of the economy were moved and the perceptions of its functioning modernized. These currencies are in abundance today and the opportunities for investing in them are great. If you plan to invest in cryptocurrencies or have already invested in them, you need to regularly and in detail monitor the situation with them.

If you have a desire to start following the trend of changes in cryptocurrencies, we think this article will keep your attention. Here are 7 ways to predict cryptocurrency changes:

This analysis is based on statistics as a science. It uses statistical trends and events from the past that show historical activity such as prices and their movement in certain periods, but the level of trade activity and trading volume is also of great importance. This way of analysis is guided by the assumption that prices follow a certain trend and that the trend may be repeated sometime in the future, history repeats itself and those prices may again rise or fall under the same circumstances. As an example, it can be stated that according to this analysis it is assumed that if there was an event such as World War II, the effects on the prices of these currencies would be the same as the negative effects on product prices after that war, or maybe even differently.

This way of perceiving works differently. This analysis does not monitor price movements but shows the factors that change the numbers. As actors that move the numbers, we can mention the state of the economy, the state of the company, and the way it is managed. Fundamental analysis is tempting to think that the market as an instrument can neglect the value or give too much value to the cryptocurrency, and in the end, it can be corrected to its true present value.

Tracking the movement of key market players is what characterizes the sentimental analysis of cryptocurrencies. Key players are journalists, people who can influence the opinion of people (influencers), and buyers of these currencies. It is considered that the data obtained from them do not show the true picture. Often the trend of panic-selling cryptocurrencies or selling out of frustration is just one wrong step by currency owners who have received wrong information from the wider audience.

4. Daily check of the world news

Regular information about the most important events that have happened in the world can help us a lot in predicting the future price of cryptocurrencies. As an example, we can cite the coronavirus pandemic. The situation with the coronavirus on several occasions shocked cryptocurrencies. Their prices went up and down alternately in those periods when there were reports of progress in the fight against the virus or news that there was an increase in the number of infected people in the world due to the pandemic.

Stock exchanges are constantly changing. Surely you remember all those scenes of crowds of people cheering for stocks to continue to grow to make a better profit. But this is not always the case, sometimes the stock markets know how to surprise. For this reason, it is necessary to regularly monitor the stock exchanges because in many cases they have proven to be the cause of frequent changes in the prices of cryptocurrencies.

6. Money currencies can surprise the same

Payment currencies are the ones that change regularly and most often it is on a minimal scale. The most important thing is to follow those currencies that are the strongest in the world, such as the US dollar, Canadian dollar, Australian dollar, euro, British pound, Swedish krona, and others. Major changes in these currencies can be caused by certain events that have occurred in the world. Such changes often speculate and increase or decrease the price of cryptocurrencies, which requires anyone who trades with them to monitor monetary currencies carefully.

7. Monitoring the price of black gold

Oil is the most sensitive to any changes. It is the first indicator when the world is facing a period of crisis, and this is seen through the fluctuation of its price. Any small change in the price of oil can speculate on the fluctuations in the prices of cryptocurrencies. Proof of this was the recent drop in oil prices that was witnessed this year, which indicated a drop in the price of many cryptocurrencies, which resulted in their massive sales.

Investing in cryptocurrencies requires a lot of commitment to tracking and trading them. It is especially important to be committed, especially in these moments when we live in a world pandemic that makes things unpredictable. To be sure of what we do, when it comes to cryptocurrencies it is advisable to consult an experienced trader with this type of currency or another professional economist who is familiar with the economic and financial trends of the new era. Professionals can give us a framework in which we can move and act safely without taking too many risks. If you want to learn more about cryptocurrency trading, predicting their price changes, and everything related to that work, for more information, visit https://bitcoinscompass.com/. 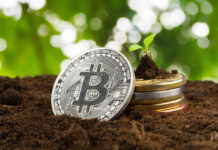 4 Other Cryptocurrencies That Are More Energy-efficient Than Bitcoin