Even if you look as hard as you can, you won’t find a better place for installing solar panels than it’s San Diego. The reason is simple – the sun. In this city, you have more than 300 sunny days a year, which is an astounding number. It is all you need. What’s even better, it is all the solar panels you’ll install need to function without a fault. San Diego households need only a 4 – 5 kW solar power system, California-based solar energy company Harness Power can confirm. What this means for you not acquainted with this type of power is that you don’t need more than twenty panels and one inverter.

Depending on the space you have available, these panels can be positioned on the roof of your house or even in the back yard. It’s all up to your wishes and possibilities. The job of the inverter is to convert the solar energy that panels gather into an electric one, which can be later used for appliances in your home. For you that do not use enough power every day, there would be a surplus of it, which means you can earn extra money by selling it to the electric company. This is one of the benefits of solar power that many people are not aware it exists. If you live in San Diego, there is no reason why you shouldn’t use solar power. It is a cheaper option, environment friendly, and you’ll be following the latest trend regarding tech advancements in terms of energy manufacturing and consuming.

San Diego is known as America’s Finest City, and there’s no reason you shouldn’t contribute to this nickname. The reason why it carries this name is the fact it lies on the ocean and has perfect coastal weather with plenty of summer days and sandy beaches. A paradise on earth we would dare to say. A solar paradise! The coastline in San Diego is one of the most beautiful you’ll see in the United States of America. All of this makes it ideal for installing solar panels. We could say that its climate is ideal to do this. This city has blue skies, with little to no clouds, and a lot of sun during the entire year. It’s no wonder people who live there are switching their power sources. It would be best if you looked to be one of them as the reasons are plenty.

Thanks to its dedication to switching to sunbeam power, it was recognized on two occasions, in 2009 and 2012, as the solar resources of the United States. This is all due to 2,862 systems for solar power installed in this city. The statistics provided by the California Solar Initiative claim that no other city in America is nowhere close to this number. Sunlight is here to be exploited in a manner that benefits our environment, and San Diego is leading the race to tame it.

This is evidenced by the fact that this city plans to switch entirely to renewable energy by 2035. This plan is already in motion under San Diego’s Climate Action Plan. Back in April, it was reported that SD is ranked as the number one in terms of solar energy capacity in the entirety of the United States. This result was achieved due to constant efforts to increase its solar energy capacity in recent years. This city is setting the standards in terms of this energy as at the moment; it manufactures enough to power 76,000 homes. This is a high number, but it looks even more significant if you know that this number was ‘only’ 47,000 last year.

In recent years we had a race in solar armament nationwide, but the cities of California are those that are front runners. During the last year, the city with the most immense solar power capacity was Los Angeles, only to once again be replaced by Sand Diego. This is important for SD as they were also leaders in this sector from 2014 to 2016. If we take a look at the number of sunny days California has, it’s no wonder this is the case, but other states should also follow suit. The city leadership in Sand Diego plans to remain dedicated to City’s Climate Action Plans, as it is estimated that they could reach the goal of 100% being on renewable energy. Furthermore, they are aiming to halve the city’s greenhouse gas emission by 2035.

This would not only be good for nature and us who live on this planet but would also save money for the city authorities. The Mayor of San Diego, Kevin Faulconer, announced that the city has 17 incoming solar power projects. It is his estimation that in the next twenty years, more than $12.5 million would be saved thanks to these projects. The project that would see the light of the day first is the Miramar Water Treatment Plant, which would create enough energy for 240 homes yearly. It’s only that this reliance on solar power would save money; it is already generating new workplaces. Since 2010, there is an almost 5% increase in new workplaces in the renewable energy sector.

So, as you can see, there are reasons to switch to solar power if you are a San Diego resident. It’s not all about the progress; you need to know that this technology has been around for some time, and it is no hassle to get the system up and running. With years, the number of people working in this industry increased, as we already said above, and now they can have this system installed in your house in no time. It would be best if you didn’t wait for the city to come and introduce solar power to you, be an innovator, and do it yourself. Everyone in San Diego is going solar, and you shouldn’t be the one staying behind or getting run over by the technology hat benefits most the user. 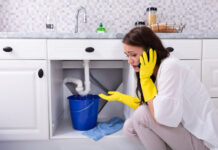 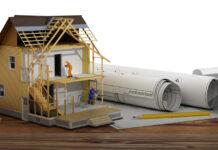 The Construction you Can Count On 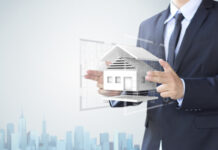