2021 has brought people worldwide a lot of unfortunate events, including the global outbreak of the COVID-19 virus. This is, perhaps, the main thing that has prompted a lot of us to stay in our homes, especially since we want to protect ourselves and our loved ones. But, when you finish reading the books that have been sitting there since you bought them and once you become tired of your hobbies, you might turn to a different thing that could assist you with killing some time – enjoying eSports.

But, if you did not play eSports for a long time, you might be questioning – is there something new I can try, as well as something old that I can return to? Well, this is precisely what this article can help you with. Let’s take a closer look at the 7 eSports games that you might want to try in 2021:

When talking about super popular hits this year, no list of eSports options would be complete without mentioning PlayerUnkown’s Battleground, also commonly referred to as PUBG. The plot is actually pretty simple, 100 characters drop on an island arena – you could think of it as ‘The Hunger Games’, and they need to fight until the last man is standing.

You’ll need to search for weapons and ammunition, you’ll want to use your surroundings in order to survive, and you’ll definitely want to survive long enough to gain as many rewards as you possibly can. There are various rivals, but you can also choose to operate with your friends.

If you are looking for a trip down memory lane, you might want to opt for this particular option. Why is it so loved and bought worldwide? Well, it combines a lot of characters for some of the most loved and played franchises in the world, all of which have returned to fight until they can.

You will be able to pick from more than 70 characters, including Zelda, Pikachu, Mario, Joker, and so on. There is a wide range of attacks, saves, and finishes, which means that each battle is different. Hence, it is possible that you won’t ever be bored with all the things this option has to offer.

Now, this is a pastime that does not need to be introduced, especially since it has been around for quite some time. But, since there might be new individuals here, they should know that WoW is an MMORPG released back in 2004, where you control your character in a massive world. There are different races and factions, which means that you’ll need to opt for one at the beginning of it.

Luckily for all of us, there are various websites such as LFCarry that offer different boosting packages, all of which will help you improve your character, which will, in return, allow you to proceed further in the game, as well as help you with improving your character’s abilities.

Why is this particular pastime so different than the others on this list? Well, it is basically an online card game that you can work with other individuals. If you played Yu-Gi-Oh, it is relatively similar. You’ll need to create decks and utilize them in order to win against other people.

Now, you should know that there is a wide range of methods for playing it, you can opt for ranged matches or team competitions, and you can also enjoy single-player battles if you need and want to practice playing it before competing against other people.

You might be looking for cooperating with other people, and if so, you might want to opt for Overwatch. It is an online shooting game that incorporates more than a dozen heroes and each of them has different abilities. This means that some of them are good for defending yourself, while others have weird skills that you won’t understand until you use it against other players.

However, no matter which hero you opt for, your primary objective will be the same – eliminate the opposing team and score as many points as you possibly can. Another thing that you might want to keep in mind is to keep a positive K/D, and if you do not, you’ll be allowing your rivals to win.

This is a game franchise that seems never to go away. And, the latest addition is called “CoD: Modern Warfare”. Although it is relatively the same as the previous version, there are some new mechanics that a lot of players enjoy and praise. Additionally, there are improvements in the maps and environment, all of which make it even more enjoyable.

But, Activision did not stop there. The developers behind the game hinted that they might release a new model, which will most likely be a Battle Royale area. This means that it will be similar to PUBG, hence, you’ll probably be battling a lot of other individuals in matches.

Like ‘PUBG’, ‘Fornite’ has been extremely popular during this year. With it, you’ll be able to battle other players in an environment that incorporates several video game genres. You’ll notice some silly old features such as dabbing, however, you’ll also see some amazing 3rd-person shooter features.

All of this, combined with the wide range of weapons and skills, will take your entire experience with the game to a new level. You can also build your own forts that will shield you from open fire, or you can choose to defeat all your enemies from higher locations such as buildings.

Hence, now that you know which video games you can choose to play, you might not want to lose any more of your time. Instead, go back to the beginning of the article, go through it once again, and then determine which eSports you would like to try playing first! 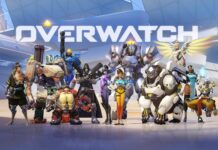