Curved-screen phones don’t have too long a history. Just a few years ago, the first smartphone with a curved screen appeared on the market. It was the Galaxy Note Edge. After that, we got the S6 Edge the next year from Samsung. Unlike the Galaxy Note Edge, the Galaxy S6 Edge had a dual-edge design (edges on the left and right side of the screen).

After this smartphone, the edge display became standard when it comes to Samsung’s devices. Edges are their symbol. But this smartphone manufacturer isn’t the only one who applies this design. However, although it is obvious that this design is beautiful and stylish, unfortunately, there are some drawbacks. For example, the display will be easier to break on edge phones than on those without a curve, of course, if it falls on some hard surface. However, as we have said, this design is futuristic and very stylish, so you don’t have to be afraid when buying such a phone if you like it. To find out which are the latest models with a curved screen, continue reading.

As we said, the first curved-screen phone was Samsung Galaxy S6 Edge. After just a few years, Samsung presents its latest and most advanced smartphone with edge screen from the Samsung Galaxy S family.

Another smartphone with curved screen comes from OnePlus. Their OnePlus 7 Pro has a QHD+ 6.67-inches display with a 90Hz refresh rate that brings a better user experience. There is also a Snapdragon 855 processor inside as well as a 4,000mAh battery.

The Samsung Galaxy Note 9 is the latest from the Galaxy Note series and features a 6.4-inches QHD+ Super AMOLED curved display. It is powered by Snapdragon 845 or Exynos 9810 processor and with Android 8.1 Oreo (upgradable to 9.0 Pie). 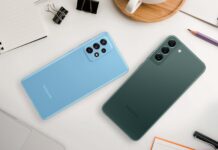 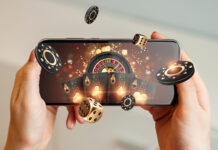