Using computers and smartphones have become a daily thing for most people, if not all. Even though people use these devices so often, there still might be times when they could be confused about how to perform a particular type of function in their digital device.

The Internet is one of the first sources that people turn to to get information about how to do a certain task or perform a certain function on their computers or smartphones.

These kind of step-by-step tutorial videos are made using screen recording and anyone can make such videos if they have the knowledge of computers and the skills needed to film and edit such a video.

Below are seven tips that one can follow on how to screen record to make better tutorial videos:

1. Choose the right software or app

The most important part of making a tutorial based on screen recording is to record the screen. This is done by using software’s, in the case of computers and apps, in the case of smartphones which provide such functions.

There are certain phones and computer models that can provide default and pre-installed software’s for recording a screen. These are usually the best kind of screen recorders as they mostly do not include any watermark unlike other free screen recorders.

Moreover, they are more trustable. But it should also be noted that as these software’s are pre-installed, they might not have all the features that one might require.

For mobile phones and computers that do not have such a software pre-installed, investing in a software can be of great use.

They should go with apps that are highly rated, provide a wide range of functions, and do not leave a watermark while also being of a reasonable price or subscription fee. A great screen recorder providing such functions is flashbackrecorder.com.

2. Turn off unwanted and private notifications

There can be times when people might start recording their tutorial but be interrupted by an annoying or personal notification. That part of the video would then need to be cut off, also the sudden notification can break the flow of the video and one might forget what they were trying to say. Hence, it is one of the easiest but also profound pieces of advice to make sure that before one begins filming the video, they should turn off their notifications.

3.Practice what one wants to record and say

Before pressing the record button, it would be better to practice a run through of what one wants to say in the video as well as the sequential order that one wants to follow during it. For this they can even write down the sequence in a paper. This will ensure that the video will not stretch across more minutes and will also make it easier to edit it.

4. Record what is needed

It is not necessary that the screen recorder records the whole screen at once. There are options to record only a particular window or particular tabs. Recording only a certain important area while making a tutorial can make it easier to navigate as people would know where to focus rather than the whole screen.

5. Move your mouse only when required

Many people who make screen recorded tutorials can make a mistake of moving their mouse pointer aimlessly continuously as they speak. This can be very confusing for the user as they might not be able to decide whether to follow the voice of the speaker or the mouse cursor. Hence it is advised to only move the mouse cursor when it is required. That is when one wants to move to the next step.

6. Make sure that the mouse pointer is visible

If one naturally tends to use a smaller mouse pointer then that can make it difficult for the viewer to follow through the tutorial. This is why it is important to ensure that the mouse pointer is easily visible to make for easier navigation.

Some screen recording apps already come with a feature in which they enhance the mouse pointer by placing a red or yellow circle on it. But if one’s software does not provide this function, they can try to enlarge the size of their mouse pointer or use a different shape.

No one wants to sit through a 15 minutes tutorial video for something that can be done in five minutes. Hence, editing becomes very important. In the tutorial video one must choose to only keep the important parts that actually include a step that should be taken. Long pauses are not appreciated. In case the tutorial includes some kind of slow loading or downloading, then that part can be made to speed up by editing.

Tutorial videos are very necessary for computer and smartphone users, especially for those who are new to using such technology or those who are trying out a new thing or using a new software. This is where screen recorded tutorials work the best since they viewer the kind of tutorial including step by step process that one should opt to reach the desired results.

So, to film the best screen recorded tutorial, it is important to ensure some things like using a software that does not leave watermarks but is also functional. Practicing the steps beforehand also helps in getting a smoother outcome. Cutting off distractions and access to one’s private information by turning off notifications also helps.

Lastly, editing plays an important role in finishing up the whole tutorial by cutting out unwanted portions and speeding up the time consuming ones. These tips will surely help one in making an effective and helpful tutorial that would be easy to follow through. 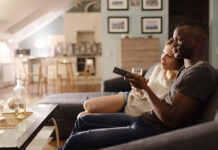