Understanding the pros and cons of React is important to weigh when choosing a JavaScript framework. React has been growing in popularity due to its flexibility and efficiency, but there are other frameworks, too, such as Node or Angular. React is a JavaScript library responsible for the view layer of mobile and web apps.

React was initially developed by a software engineer working at Facebook in 2011. In 2013, React was released to the public and is now an open-source JavaScript framework.

React has grown in popularity over the years because it can be used to create powerful User Interfaces that run more efficiently than other frameworks. We’ll touch on the performance and User Interface aspects of ReactJS in more detail when we look at the pros and cons of React.

What Are The Pros of React?

Now that we have a better understanding of ReactJS let’s look at the pros of using React. This JavaScript framework has become an essential part of front-end web development.

ReactJS benefits from being an open-source tool because any developer can create tutorials, training tools, and other documentation to help new and old developers alike learn. Developers who already possess a JavaScript background will find that they can learn the ins and outs of React in a few days.

Additionally, business owners and hiring managers will have an easier time finding web developers with ReactJS experience and knowledge since the tool is open-source and easy to learn.

The ease of learning React also benefits developers who already have a background in ReactJS. Since React is an open-source tool, development improvements are being made constantly, so developers need to stay up-to-date on the latest improvements.

The issue with real or traditional DOM constructs is that they rewrite the entire DOM tree when the process changes.

Modern, interactive websites and applications have complex and large DOM trees. Every time inputs or queries are made, a real DOM has to rewrite the entirety of the page, which can hamper performance and waste memory.

The virtual DOM is much more efficient, performs faster, and ultimately creates a better User Interface. Instead of rewriting the entire DOM tree every time a user makes a change, a virtual DOM only updates the element being manipulated.

For example, let’s say that you have a checklist of ten items. A real DOM will rewrite and re-render all ten list items once one item on the list is checked. A virtual DOM only rewrites the single item checked instead of the entire list.

Interactive websites are far more complex than simple lists, so you can see how a virtual DOM construct would be far more efficient at rendering a high-performing User Interface than a real DOM.

The virtual DOM of ReactJS is the primary reason this JavaScript framework can create high-performance User Interfaces.

Most JavaScript frameworks have a multi-directional data flow. This means that data that is changed in a child element can affect the data of the larger parent element that houses it. This issue presents the possibility of unstable code.

ReactJS simplifies this problem by binding all data to downward motion. In this structure, parent data cannot be affected by changes in child elements. This creates a more stable code and gives developers more control over large and complex projects.

Traditional JavaScript-heavy websites are difficult for search engines to read. This has been a major complaint of web developers.

ReactJS mitigates the issue of overly heavy JavaScript websites and is readable by Google and other search engines. If you’re still concerned about how your web application is performing on Google’s search results pages, you can use the indexing tools on Google Search Console to see how Google reads your website and how it can be improved. Read more here and know what ReactJS can do.

What Are The Cons of React?

We’ve explored the major pros of using React, from its high-performance capabilities and reusable components to its easy-to-learn syntax and SEO friendliness.

However, there are a few cons associated with ReactJS that we would like to touch on briefly to give you a complete picture of ReactJS before you begin working with it.

While the JSX syntax extension makes things easier for some developers, another group of developers finds JSX to be a disadvantage to React. Some web developers and designers find the JSX code too complex and difficult to grasp.

Many new developers find JSX to be a barrier to mastering ReactJS. While this might be a con to some developers, it is important to note that JSX has its benefits and helps protect the code from injections.

The primary complaint about JSX is its difficulty. JSX doesn’t negatively impact the performance or User Interface capabilities of ReactJS. This con is more of a preference than anything else.

The developers who see the pace of development as a disadvantage would argue that they have to relearn how to work with ReactJS constantly, and it isn’t easy to keep up with.

The pace of ReactJS’s development is a common disadvantage that is brought up, but it should be noted that in recent years React’s core API has gotten a lot more stable. Most updates today affect the library and new features.

Some developers are not happy with the pace of change, nor are they comfortable trying to keep up with new developments. While you may commonly hear that React develops too quickly, it is important to note that new developments improve the framework and help it perform at a higher level.

This con is tied to the problem people have with the pace of React’s development. As a result of rapid development, educational documentation and resources can be sparse in covering the latest updates and changes.

Since ReactJS is an open-source framework, developers can create their support documents, but since anyone can create these resources, you could encounter poor resources that offer little help.

Once again, this disadvantage of React depends on your circumstances and how you view innovation and development. Is React developing so quickly that sometimes proper documentation cannot keep up?

Yes. However, it can be believed that progress is a positive thing, especially when creating dynamic web and User Interface experiences. You can find user-created support resources for many of the questions or issues you may have while using React.

Can React be Used for Mobile Development?

React Native uses native APIs to bridge the gap between JavaScript and platform-specific languages such as Java or Objective-C.

React Native is one of the most efficient and powerful mobile app development environments. The hybrid apps created using React Native render some parts of the code in the native language of the specific platform.

This aspect of React Native creates a more powerful app, a faster app, and ultimately an app with a better User Experience than other hybrid app development frameworks.

ReactJS is a very efficient development framework that can be used to help developers create faster web apps with powerful User Interfaces. React has pros and cons, but many of the cons associated with ReactJS are due to people not liking rapid changes. There is nothing wrong with constant development.

You could argue that rapid development is one of the strongest advantages of React. Technology improves at an exponential rate. Newer technology will develop even more rapidly than ReactJS. Development is an exciting step towards the new future of tech.

The biggest drawbacks of ReactJS are due to human preferences. In terms of performance and output, there are no major disadvantages to using React versus another JavaScript framework. 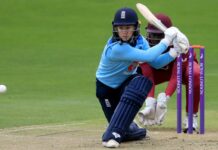 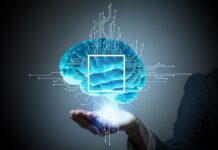