The Phoenix Suns are coming off just the third NBA Finals trip in their history, and the franchise’s first since 1993. They ultimately fell to Giannis Antetounmkpo and the Milwaukee Bucks in six games.

On one hand, that has to be considered a huge success — especially since last season marked Phoenix’s first playoff appearance in 11 years.

But on the other hand, the Suns squandered a 2-0 series lead and watched the Bucks reel off four straight W’s to claim the championship. It was, simply put, an ultra-sour ending to one of the greatest seasons in franchise history.

He also packaged the No. 29 pick and Jevon Carter to the Brooklyn Nets in exchange for guard Landry Shamet, giving head coach Monty Williams more shooting options from the outside.

These three additions will take much of the pressure and workload off of Paul, Devin Booker and Deandre Ayton. There’s a case to be made that the Suns have the deepest roster in the super stacked Western Conference.

Phoenix is among the premier heavyweights and favorites to win the 2023 NBA Championship. Suns fans can see the full 2023-22 odds and season betting lines at Pointsbet Arizona. Check www.betarizona.com for more info.

Led by the superstar trio of Kevin Durant, James Harden and Kyrie Irving, the Brooklyn Nets are the consensus betting favorites to win the NBA Championship next season.

They’re followed by the Los Angeles Lakers, whom the Suns defeated in the opening round of the playoffs.

Betting websites have the defending champion Bucks, hopefully-healthy Golden State Warriors and Utah Jazz as other main other betting favorites along with the Suns and Los Angeles Clippers.

Odds Shark has the Suns at +1600, the sixth highest championship odds. Sports Betting Dime has Phoenix and the Clippers at +1700, also the sixth best odds.

The Nets narrowly fell to the Bucks in the Eastern Conference Semifinals. If all three of Brooklyn’s main stars had been healthy, there’s a great chance that we’d be referring to Steve Nash’s club as the defending champions.

Fortunately for the Suns, they wouldn’t have to worry about potentially facing the Nets — if they get that far — until the finals.

The Lakers are understandably the consensus favorites in the West. Their championship defense was derailed by injuries to LeBron James and Anthony Davis.

But the front office went to great lengths to upgrade the roster around the two franchise stars.

Phoenix unquestionably has a championship-caliber roster, but the journey back to the Finals will be significantly harder in 2023.

They had the fortunes of playing the Denver Nuggets, who were without standout guard Jamal Murray for the entirety of the postseason, in the second round. The Suns soundly swept Nikola Jokic and company.

The Suns needed six games to defeat the Clippers in the Western Conference Finals. Los Angeles didn’t have franchise superstar Kawhi Leonard in that series. If he was healthy, the Clippers could have very well booked their first ever trip to the NBA Finals.

Throw in an upgraded Lakers roster, a Golden State team that should make plenty of noise with a returning Klay Thompson and the hopeful returns of Leonard and Murray at some point in 2023-22, and you can see why it’ll be ultra-difficult for Phoenix to repeat as the Western Conference Champions.

That said, the starting five and upgraded bench will make Phoenix a tough out come playoff time. They know what it takes to reach the finals, which is a big advantage over constant postseason underachievers like the Nuggets, Clippers and Jazz.

The early prediction is that the Suns will finish second in the West with a 55-27 record, behind the top-seeded Lakers. These two teams will advance to the Conference Finals, with the Lakers outlasting Phoenix in six games. 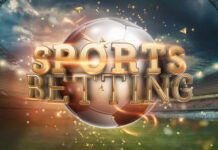 How to Build a Good Sports Betting Model – 2023 Guide 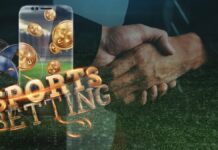