Scientific studies conducted in different parts of the world over the last decade show that, even with certain reservations about how much aggression or addiction can increase, video games also enhance certain brain skills: improving attention and speeding up the ability to react and flexibility in the face of the new challenges, among others.

That is why, in recent times, specialists began to design non-violent videogames for people with brain problems, trauma, mental illness, and cognitive deficits: a digitized and scientific version of taking advantage of the best of a tool, eliminating the most harmful. The results show that these programs or software are more effective than the so-called “brain games” that have been so much marketing lately.

Do you consider yourself a fan of the Xbox, the Play Station, or the Wii? Do you take advantage of a break in your work or study day to play video games? Then this post will interest you.

Research published in the latest issue of the Proceedings of the National Academy of Sciences magazine has concluded that fast-paced action-video games like Call of Duty, Medal of Honor, or Unreal Tournament improve learning.  They also improve the competitive spirit, because it is no longer enough just to be a good gamer, but to look for different ways to win. Sites like LFCarry, offer a variety of options, like MW weapon camos boost for CoD, through which progress is made and this leads to even greater competitiveness among the people who play.

The work is led by Daphne Bavelier, a specialist in cognitive neuroscience at the University of Rochester, United States, who has studied the effect of video games on the brain for years. Specifically, Bavelier tries to understand how they modify brain plasticity, that is, the ability to adapt to changes in the environment, and then develop technologies that allow us to learn faster and with less effort.

In 2012, a team at the University of Toronto, Canada, demonstrated that playing an action video game, even for a short period of time, causes changes in brain activity and improves visual attention. It was the first time that a study showed that video games cause direct changes in the brain.

Since then, various works have shown that putting yourself in front of the game serves to train cognitive, sensory, and spatial skills. However, the mechanisms that induce such improvements were unknown.

Action video games train our prediction skills. At every moment, our brain collects information from the environment and tries to figure out what will happen next. This is crucial in many daily activities. When driving, for example, deducing in advance and quickly whether the person in front will brake or turn is essential. To make these predictions, the brain builds patterns from reality. The better these representations are, the better our execution will be, and, for this, we must know how to select the clues that allow us to make accurate and accurate predictions and filter the rest of the data from the environment that do not contribute anything and are only distracting.

According to Bavelier, action video game players are accustomed to a rapidly changing world so they perceive important details earlier, filter out information that is not relevant, create better predictive patterns, and make more accurate decisions. But spending hours with the game console, an apparently banal activity, also improves the ability to learn new tasks.

There is an improvement in several dimensions of attention:

Video games promote an improvement in perceptual skills, which are those that help us interpret the world around us. Specifically, it has been seen that visual perception improves in some aspects.

It has been found that the continued use of some video games, such as Super Mario Bros in 3D and other action, generates beneficial effects in visuospatial aspects. Visuospatial ability is what enables us to process visual information that involves spatial relationships.

How the brain changes

These changes in cognitive functions occur because the human brain is not inalterable, that is, it has what is known as brain plasticity, which is defined as the ability to change its structural and functional organization in response to the development, experience, changes in the environment and even injury and damage.

Brain modifications can, therefore, be functional or structural. The former is more immediate and the structural ones are appreciated over a longer period of time.  Scientists have seen that video games generate functional changes, but also structural, and they have identified in which areas they occur.

These are some of the brain regions whose function and structure changes and the type of tasks in which they are involved:

So, the next time you entertain yourself with an action video game, don’t think that you’re wasting your time. This is likely to help you improve your cognitive abilities. 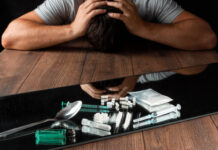 Drugs Cost you your Life