In a world where video games are taken pretty seriously, streaming is something that is also a big part of the entire industry. For those of you who might not be very familiar with the term “streamer”, we’re going to explain everything that you need to know, as well as introduce you to your potential favorite streamer for the upcoming years.

Since there is definitely a lot to talk about on this subject, we’re not going to keep this introduction any longer, so buckle up and let’s jump straight into the content.

What does a “gaming streamer” mean?

There are people who play video games on a regular basis, and the right term for them is “gamer” or “gamers” if you’re talking about more people at once. Now, a person who plays video games, and streams the gameplay on an online platform so that others can watch, is called a gaming streamer, or a video game streamer. Pretty simple right?

There are many different kinds of streamers that you can watch today, and if you are into video games, chances are that you will be able to find one that’s pretty interesting and plays your favorite game as well.

Where can I find these gaming streamers?

A gaming streamer can broadcast their gameplay on many different platforms on the internet. Currently, the most popular platform is called Twitch.tv, and this is where about ninety percent of all video game streamers are broadcasting.

Twitch wasn’t as popular as it is right now when it first came out, but after many years of effort and improvements, it is safe to say that currently, it’s the best platform for streaming, both in terms of the viewers you’re going to get and for the overall quality.

What games can I watch being played?

Just like we said earlier, there are tons of streamers nowadays, and you can find one for almost every game that comes on your mind. For some of the most popular games, you will find hundreds of different people streaming, so feel free to choose the one that seems the most entertaining for you.

Can I become a streamer myself?

If you think that you got what it takes, sure, why not? Becoming a streamer is completely cost-free, and you don’t need anything more than goodwill and some decent skill at a video game. Or, since Twitch lately introduced their “Just Chatting” category, you can become a streamer that doesn’t play games, but simply does daily activities and shares the experience with the public.

Shroud is probably one of the most popular online streamers, but if you ask us, he deserves even more fame than that. He started off his career by playing Counter-Strike: Global Offensive, and he played on the famous American team Cloud9.

Shroud is exceptionally known for his aiming abilities and being great at almost any video game that he ever touches. People admire him mostly for his skill, but for his great and entertaining personality as well. Currently, you can find Shroud streaming many different games, but occasionally he returns back to where it all started from, and that’s CSGO.

Originally, Summit1g started off his career by being on a pro-Counter-Strike team, but ever since he did a pretty funny moment in his career, he became really famous for it. Nowadays, you can find Summit streaming tons of different games, and he tends to be pretty good at them as well. People love watching him because he is a very funny and entertaining person, his chat is mature and overall he always managed to give you some quality time.

Pokimane, or Poki, is a female streamer that is known for playing all kinds of video games, but mostly Fortnite in the past couple of months. She is always able to entertain her audience and there are really funny moments that happen on her stream quite often. If you are in for a good laugh, feel free to tune in and enjoy the show.

An absolute gem in the world of streamers, if you are in for high-quality content, mad video game skills and a very entertaining persona, subscribe to his channel and never miss a show. Lirik plays a lot of different video games, and sometimes he just wants to chill along with his audience by playing a single-player game. Don’t get me wrong though, he is exceptionally good at multiplayer games as well, so if you ever catch him playing something online, you’ll know what we’re talking about.

If you are even slightly into League of Legends, you probably already know this guy. His name is Tyler, he is a pretty skilled League of Legends player, but that’s not the reason why people watch him. Tyler is known to be very impulsive and funny at the same time, so most of his viewers are there to either see him rage at something that happened in-game or for the random funny things that happen on his stream.

Out of all the streamers that you can find nowadays, nobody has a higher production value than this guy. He just puts so much effort into his stream that sometimes when you’re watching his content you think that you’re watching a movie, not a video game broadcast. He is funny, really good at acting, and some of the things which happen on his stream will leave you laughing for hours. The best of all? He is great at multiplayer gaming, and most of his content is taunting his opponents when he beats them at an online game. A hilarious guy that you have to watch if you want some fun.

So, that’s it for today’s list, these are some of the best streamers on Twitch.tv right now that we think they deserve Hollywood fame, so if you have some free time on your side, make sure to check out their channels, and if you like what you see, support by either following or subscribing. We hope you have a nice night watching some quality content.

If you want to read more about celebrities visit  chilloutradio.com. 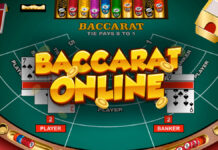 Is Online Baccarat a Game of Skill or Just Luck 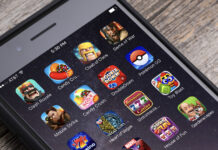