One of the reasons why most cryptocurrencies managed to establish themselves on the financial market was because of the promises that they’ll stay independent from it. The transparent economy is what all of us desire, but so far, cryptocurrencies didn’t quite manage to reach the high goals that were set in the early days.

It all comes down to the cryptocurrency you are trading and the exchange you are working with. All of them differ in terms of policies, terms, and payment methods. It is because of this that many traders are facing adversities that were promised to be a reminiscence of the old financial world but are present in the crypto one. Today we are going to discuss 5 common challenges and issues in cryptocurrency trading in 2022

As with most things that happen on the Internet, one of the most significant issues crypto traders are facing is, without doubt, security. Not that there isn’t any, most exchanges are looking to offer a high-end security package, but there can never be enough of it. You probably heard about numerous hacker attacks and security breaches that left many people involved with cryptocurrencies with empty pockets of hard-earned crypto. This is why more security is needed to protect data and assets alike.

The technology advanced plenty to offer maximum security, but hackers are following trends and evolve simultaneously. The risk is centralized in most exchanges, and this is what makes them prone to cyber-attacks. The max security most users are looking for maybe can be found in a more decentralized approach. If you ever worked with finances on the Internet, then you know how important is security.

According to statistics provided by Coin Desk, little less than $3 million is stolen from exchanges almost every day. The peak year for hackers was 2018 when the number of stolen goods piked the amount stolen in 2017 thirteen times. If you divulge the number we gave you above, you can calculate that $1,860 goes missing every hour.

It is not comfortable to become successful in the world of crypto. It is dreadful to say that most ICOs go broke in the first few months of doing business. There are even initial coin offers that don’t have a goal of being in the industry but are built with the purpose of deceiving users. Because of this, you can never be too careful, and asking for transparency is a must. We say this by having in mind that you’ll find many exchanges swearing-in decentralization while being held in the hands of 20 biggest wallets. There are 16 recorded cases of this happening since the inception of crypto.

The Crypto sphere is becoming more and more like a traditional economy. Almost all negotiations and corroborations are done by the hands of a couple of power brokers. Their work mostly relies on marketing strategies that, in many cases, accidentally or purposelessly can deceive new investors and traders.

These days we have cryptocurrencies influencing more spheres than just finances. This is why the strength and influence of any blockchain can be put under pressure if there’s work being done without the presence of transparency and professionalism of the institutions that primary deal with crypto. Because of this, traders must stand shoulder to shoulder with those who call for better ethical standards and more professionalism from those who are on the verge of doing a gray area deals. While there are issues, of which some will remain in the future, the money is there to be earned, and anyone can do it.

Trading Bitcoin and other cryptocurrencies have a goal of earning money, and if you do it wisely, it can be done. The issue is that, regardless of your good intention and time invested in crypto trading, you can become a victim of a scam. When there’s an Initial Coin Offer, many investors will flock to make their bids and commence trading. But, even with paying attention, some of these ICOs can be a scam. Even exchanges can be fooled, so you can never be too careful regarding new coins on the market, regardless of how good the offer looks. Traders need to be aware and look to cooperate with exchanges that are reliable and thorough in researching new coins on the market before releasing it.

The same way you know that air is made out of 78% nitrogen and 21% oxygen, and has traces of many other gasses in the remaining 1%, you need to know that all markets have liquidity as its base element. If the situation on the market is such that liquidity is missing, it means that it is in a state of imbalance and that someone lost control. When the liquidity is reduced, it enables large holders to have an influence on prices and manipulate them on will. On a market that lacks liquidity, costs can become unstable, which is an issue, as cryptocurrencies such as Bitcoin as already volatile on their own.

Furthermore, you won’t get fair treatment on the market that is lacking liquidity. Why? Well, the big players, in this case, the exchanges will hold power, and you’ll be stripped of a fair chance to earn on trading. This is already happening as the large exchanges favor big players who have $1 million on papers to release their tokens. What this means is that those who release the tokens are the actual power brokers.

Due to the lack of regulations, there’s space for not so moral deeds by some exchanges. Because of the light rules on crypto in most countries of the world, exchanges have the ability to manipulate coin prices. It is as they’ve taken a page out of the Instagram textbook and are using bots to achieve this. Bithumb is one exchange whose doings were exposed by Alex Kruger, who is both a trader and an analyst. The trading volume on their platform was increased by a promotion they were running. 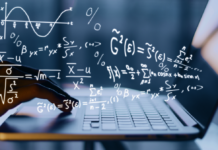 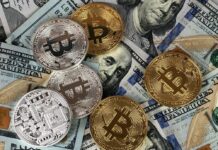 6 Reasons Why Trading Bitcoins is so Hard For Beginners 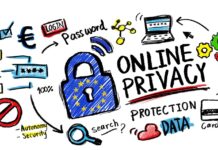