It is now known that Steve Jobs and Bill Gates never really got along. Over the period of 30+ years, they went from allies to rivals, to something people almost considered as friends – and sometimes, they were all at the same time. It seems highly unlikely that Apple would be successful without Microsoft, or Microsoft without Apple. In this article, you will be able to read about the crazy friendship between these two geniuses. Let’s take a look:

These two brilliant minds were not always enemies. Microsoft used to make software early on for the quite popular Apple II PC, and Bill would frequently fly to Cupertino to see what new project Apple was working on. In the 1980s, Steve flew to Washington DC to pitch in an idea to Gates. The idea was the possibility of making Microsoft programs for the Apple Macintosh computer, with its revolutionary and new graphical user interface.

Once Gates saw the platform, he was not impressed with it – or with Steve’s attitude – since he considered the platform to be limited. Gates later stated that the visit by Jobs was a seduction visit, where Steve stated that he will do great things, and although he does not need Gates, he may let him get involved. Still, Bill did appear with him in a 1983 video screen for Apple employees before the Macintosh launch. In that video, Bill compliments the computer saying that it captures people’s imagination.

During the first year of the Mac, Apple and Microsoft worked together. At one point, Bill made a witty remark saying that he has more people working on the PC than Jobs did. Although their relationship was already rocky, it definitely fell apart when Microsoft announced their first version of Windows in 1985. According to Oberlo, the angry Jobs accused Bill and Microsoft of stealing Macintosh. However, Gates did not care. He knew that graphical interface would be big and he did not think that Apple had the rights to the idea.

The feud between the two geniuses continued throughout the years, however, in a weird way, they clearly respected each other a lot. Both men have created a big legacy – Jobs led Apple into becoming the most valuable company in the world, while Gate is one of the richest men in the world. 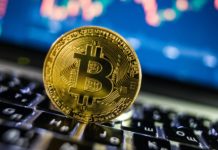 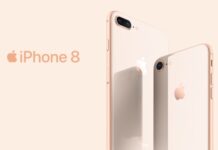