ASP.NET Core is a free, cross-platform, and open-source framework for building various cloud-based applications such as IoT apps, mobile backends, or web apps. Microsoft developed the structure as a successor of the previous ASP.NET software.

What are the main features of ASP.NET Core?

The ASP.NET Core is a cross-platform as it has the adaptability features to run on OS X, Windows, macOS, and Linux. It can also support different CPU architectures of different devices.  Due to the cross-platform functionality, Linux is now considered as the first-class citizen that runs the ASP.NET.

The ASP.NET Core has the features of modern technologies such as Kubernetes and Docker, and using it enables you to enjoy the benefits of the technology. You can consult brights.io for professional designing and development of the platform in your business.

Model-View-Controller (MVC) helps systematically separate the application into models, controllers, and views. The design helps in the establishment of a straightforward separation of concerns making workflow efficient.

Using the MVC architecture, the users’ requests are routed in the controller, which works with the model to perform actions and retrieve desired results instantly. It is possible to select a view for displaying to the user.

A javascript framework is application software that is designed and written by the javascript. The structure enables the user to manipulate the functions and use of the software according to their needs. The framework in the ASP.NET Core has built-in frameworks that assist in the creation of front-end web applications. The most popular templates include the React and Angular that have great features and models.

Razor pages in ASP.NET Core are unique pages that have a clean separation of the various concerns. The pages are built with dynamic features that are data-driven in the web sites. The pages also support cross-platform and can be deployed in numerous operating systems such as Windows, Mac, and Unix.

The razor pages make the programming of the web sites more productive. Every web page has its view component, and the code is well constructed.

Websockets enables a two-way channel of communication across the TCP connections. Its main application is in the various applications that the user needs real-time communication and fast communication. They are useful in the creation of game apps, chat apps, among others.

CRSF is a malicious attack on websites that initiates activities of unauthorized commands. The attacker uses fraudulent and illegal instructions to make the user of the site initiate an action unknowingly. Such events may include changing their details in the computer, thus making fund transfer without being aware of the dangerous act.

Performance is a critical aspect for every software, and the developers of ASP.NET Core have highly considered that feature. The software has fantastic support to enable the full utilization of asynchronous programming models or patterns. Adopting the asynchronous habits in its Kestrel and MVC frameworks allow the software to have high performance than the ASP.NET.

ASP.NET Core can support a vast number of filters, which allows you to implement a unique functionality that applies to the entire controller without any modification of the action. The filters available such as authorization, resource, action, result, and exception filters, are handy. The specific filters enable the user to perform tasks such as; error handling, clearance, specify caching, or implementation of any custom logic.

ASP.NET Core has improved support that enables modifying application behavior depending on the environment, such as initial development, staging, and final production. The varying environment helps to clearly illustrate which environment the app is in, to enable proper configuration.

Dependency injection in the ASP.NET core is a ceratin design pattern in which objects have dependent classes passed to it from another purpose rather than directly creating them.  The dependency injection enables you to plug in objects and improve their code testability and maintenance.

The dependency injection is used mainly with the ASP.NET MVC. Most software developers prefer this feature in the logging of contexts and other database contexts.

Globalization involves the process of designing various apps that are adaptable to different cultures. The feature supports multiple methods for display, input, and output for different languages and geographical regions.

Localization is the adaptation process of a globalized app that has already been structured for a specific culture, geographical region, and language. The feature allows for the implementation of a strategy that enables the proper selection of the different elements.

ASP.NET Core makes the process of localizing dates, texts, or numbers within the web application hassle-free. It enables various forms to be used globally. Using this software can allow you to incorporate multi-language support, and the app can be on more demand.

ASP.NET Core is an innovation of the ASP.NET and has better features than the original version. The features enable better integration of various devices and software. Also, it allows better performance and incredible features make it suitable for most software. 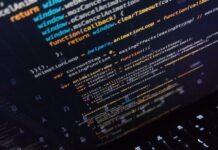 5 Advantages of TypeScript Over JavaScript – A 2022 Beginner’s Guide 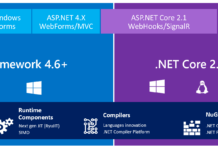