In terms of menstrual dilemmas, getting rid of blood stains is the next in line after abdominal pain. They’re difficult to deal with, especially when the spots already seep through the covers onto the actual bed mattresses. The worse scenario is when these red spots have already dried out and settled in long before you even know there are marks.

Thankfully, there are many innovative beds nowadays that can be considered as user-friendly, especially during the red days of women. Such include beds that have zip-off mattress covers that can be easily tossed into washing machines, leaving antimicrobial protection to your bed.

How about memory foam mattress? What will you do when it got stained with blood? Let’s figure it out here. The following are the ways to remove them effectively.

Blood is a colloid substance, in which the red cells are floating in the surface of liquid plasma. That means when you add water, the plasma will disperse into the water. As a result, it will become diluted. If you apply this scientific representation in blood stains, water will make it less sticky, making it easy to remove.

Soak the stained material with cold water. Don’t use nor cook blood mark with hot water as it will just allow it to set into the mattress.  Instead, dab a piece of cloth that is soaked in cold water to the material where the blood mark lies until the spot is completely removed.

A mixture of salt, corn starch, and hydrogen peroxide can get rid of a stubborn blood stain. Salt and cornstarch are non-toxic and gentle scouring agents that may serve as a catalyst with other ingredients to boost deodorizing and cleaning actions. They’re best with hydrogen peroxide, which is known for breaking chemical structures’ color-causing sections, such as in blood.

There are many mattresses that allow good airflow such as  Nolah Mattress (Check RealMattressReviews for nolah mattress review). While air exposure is beneficial for sleeping, it can be one of the reasons why blood stains dry out.

Don’t get me wrong. When choosing beds, mattresses allowing airflow is the best. I’m just saying a possibility of why blood mark dries out. If it has dried out, level up the mixture on number 3 with ammonia. Do the following:

Baking soda is considered as one of the most effective stain treatment in your laundry. When applied to the stained materials, baking soda paste tend to draw out (like sucking out) the mark from the material. The mixture will then trap the mark on its own surface. Once the paste dries out, the stain will be removed from the material.

The Reason Why Blood Stains are Hard to Remove

Blood contains hemoglobin—a particular protein that is an oxygen carrier.  Hemoglobin clots every time it would encounter ambient air exposure and pressure changes. This blood-clotting ability of hemoglobin increases the recovery percentage of wounds and avert excessive loss of juice.

While this clotting ability helps one’s healing, it sticks or binds to whatever things or wherever surface on which it is spilled. As a result, it’s hard for it to be removed, especially when it will dry out already. 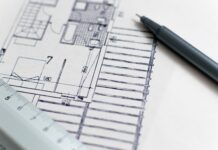 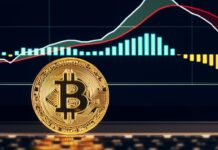 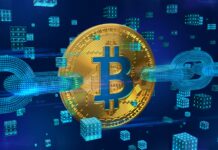