In recent years there have been many technological advancements in the field of eyeglasses and as we all know that need is the mother of all inventions, it was purely based on the needs of humans that these technologies were developed. Today we live in a world that is filled with new and amazing technology that is changing the world for the better, and amongst those technological advancements, there has been a fair share of achievements made by people in the field of eyeglasses.

But before we dive deep into the technological advancements that have been made in the eyeglasses industry, you should know the humble beginnings of eyeglasses and how they transformed the world.

The Birth of the Eyeglasses

The first evidence of using aids to improve the vision of the men dates as far back as the Roman and Greek empires. But the first written evidence of using lenses to form an enlarged image has been seen in the descriptions of Ptolemy’s writings in the 10th century and is to be considered one of the oldest signs of eyeglasses.

The first known pair of eyeglasses dates back to 1290 and was made in Pisa Italy after that many iterations throughout the history improved upon the original design and made them into what we see them today.

The Use of Eyeglasses

The first known eyeglasses were used for correcting the vision of people that were facing issues such as nearsightedness or farsightedness, but recent advancements in technology have made eyeglasses much more useful than just correcting vision. Today eyeglasses are being used in almost every application that we know of. From blocking the UV rays of the sun to blocking debris from bombs there are a pair of eyeglasses for every need.

How Technology Has Influenced Eyeglasses

Eyeglasses have been somewhat at the forefront of scientific progress for a very long time and below we are going to discuss some of the most iconic and innovative inventions that have been inspired by eyeglasses.

There are two main components of an eyeglass, the first is the lens itself and the second is the frame which is responsible for holding the lenses at your face. Each of the two components is equally important, but lenses have been given priority because they are the reason you can see.

AR glasses are the next in line of technology that is going to change how we interact with the world. AR glasses work on the principle of reflection. A small laser projector is used to reflect data from the lenses and into your eyes directly. AR technology is the ability to merge the real world and the virtual world into a single view. AR technology is still being developed and only a few companies have produced a prototype that can be used as an example, but when the technology reaches the stores, it is going to change the way we are going to interact with the world and probably make smartphones obsolete.

The advancement in eyeglasses has not only made wearing eyeglasses comfortable and useable, but it has also helped save a lot of lives. Ballistics glasses are designed for people that have to constantly deal with flying debris regularly. The construction and the materials are developed in such a way that it can stop harmful particulates from hitting your eyes and damaging your vision. These types of glasses are used from construction sites to bomb disposal units, all around the world and have helped save a lot of lives and visions of peoples.

Self-focusing glasses have been in development for quite a long time and there have been many iterations that are currently in the market today. But as technology is getting advanced day by day, the methods of implementing this feature is increasing day by day as well. Recently liquid crystal lenses have been developed to implement the self-focusing feature of the glasses. A sensor is placed in the glasses that senses the distance of the pupils and estimates where the user wants to focus when estimated, an electrical current is sent through the liquid lens that changes its indicative index and allowing the user to focus on the thing they want to see.

This technology can not only be used as a universal glasses for optically challenged people, but it also can enhance the vision of people that don’t have any particular vision problems, giving them superhuman vision in the process.

As technology has increased the scope and capabilities of your average eyeglasses, it has also made way for new and innovative technologies to replace old and outdated technologies. 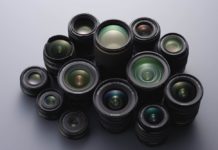