We saw what we thought we will never see, a fan-made fully functional Alien-Predator bike. Naturally, it wasn’t built to have exceptional performances, so the designers were focused on the design mainly. However, it is very good at turning heads, which was probably the aim of its designer. It was made by a Roongronja Sangwongprisam from Thailand.

This dedicated man stated that this bike was a product of hard work and imagination. We totally agree with his opinion, because in order to have this amount of details, you really need to step it up and be creative at the same time. And these details… They are pretty exceptional. We can’t even start to think about how many hours Roongronja invested in making this piece of art.

It is important to point out that this talented man is not your average mechanic or fabricator. He is one of the most popular mechanics in the city of Bangkok. He owns a few shops in Bangkok that are selling only the things he manufactured. Also, he has a gift of making the most beautiful sculptures you will ever see, period.

It might not be the most original thing you ever saw, but again, look at these details. They are really stunning. Plus, there is no work similar to this one that is fully functional. Well, this one is. That gives it even more pluses in our book. 99% of similar, themed vehicles are not functional at all. So, that makes Roongronja`s work even more exceptional.

We are certain that this bike will not win any significant awards, which is a shame, but we cannot do anything but agree that this is one hell of a bike. At least for its design. Just think about it, how cool it would be to drive something like this. You would turn heads on a daily basis. As we said earlier, this bike does not have some extraordinary performances, but it is really cool.

Sadly, we don’t know which bike Roongronja used as a prototype for this one, but at the end of the day, we don’t care. We just want to adore this product of his. But, we don’t have an idea of what is underneath the chassis. Because of Roongronja`s country of origin, we presume that this bike did not have some great performances.

By the looks of with, we think that this, Alien-Predator bike is a little over-weight. But at the end of the day, who cares, it looks cool. We said that several times already, didn’t we? Well, we can stress enough how we were excited to see this one and to learn that it is fully functional. It is exactly what it needs to be.

It needs to be a drivable, rideable, road-worthy bike. We don’t think that it is legal for most of the roads, but we don’t care. In the end, we need an urge to say that it is made of scrap and discarded metal. So, this is a perfect example of recycling. But really, can we have a round of applause for Roongronja Sangwongprisam for making this exceptional vehicle. 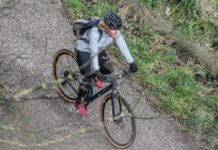 4 Top Benefits Of Hybrid Bicycle That You Must Know 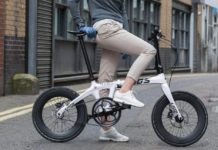 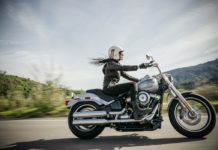