Ananya Pandey is set to make her first on-screen debut as lead Bollywood actress in the film Student of the Year 2 starring opposite to Tiger Shroff, directed by Punit Malhotra.

Ananya was born on 30 October 1998 in Mumbai, Maharashtra, India. She is the daughter of the famous Bollywood comedian Chunky Pandey and costume designer Bhavna Pandey. She serves as a model, and the social media celebrity, most specifically Instagram and as of recently, a Bollywood actress.

Per her social media updates, Ananya Pandey is in a visible relationship with Kartik Aaryan. However, she is also said to be dating Karan Jaising, but that has yet to be confirmed. As of now, Ananya and Karthik have been seeing on and off together in the past couple of months such as in a post-dinner outing as the picture above shows. Over here, Karthik looked neat and trimmed in an ash blue hoodie and was said to be wearing a pair of gray-colored ripped jeans while Ananya herself looked quite stunning in a pair of black tracks and a white cropped top.

Ananya is also going to be doing a movie together with Karthik Aaryan and Bhumi Pednekar. According to reports, the movie is said to be a remake of the 90s hit Pati Patni Aur Woh. The movie will be directed by Mudassir Aziz and produced by Juno and Abhay Chopra, Renu Chopra and T-Series, Bhushan Kumar.

She will also be starring in Khaali Peeli with Ishaan Khatter that will be directed by Himansu Meshra. The films being produced by Aliabbas Zafar under Zee Studio and are scheduled to be released on 12 June 2023. Vishaal-Sekhar will be composing the music for the film.

Ananya Pandey is an infamous model on social media and usually posts a variety of photos in various attires on her official Instagram profile. Currently, as we speak, she is said to make her debut in the upcoming Student of the Year 2 which is being directed by Punit Malhotra. The films being produced by Karan Johar and Apoorva Mehta under the Dharma Productions banner.

The film is a sequel to the 2012 hit movie Student of the Year which was a major box office hit featuring breakout performances from three then up-and-coming rising stars Sidharth Malhotra, Alia Bhatt, and Varun Dhawa. And now it seems Ananya is ready to elevate her career with upcoming the sequel.

Like the first film, the sequel is also a romantic comedy-drama film. It also involves a love triangle story, only this time featuring two girls (Ananya & Tara Sutaria) and one man (Tiger Shroff). As of this writing, the shooting for Student of the Year 2 has been completed. Like her father, Ananya has shown to possess a comedic side according to media reports.

Some Interesting Facts about Ananya 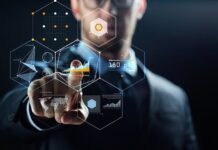 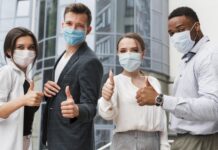 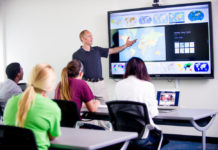