The J line of phones by Samsung is an excellent example of how good mid-range phones can be. Many editions have appeared over the past few years, and here, we will compare J7 vs J7 Perx.

J7 is an older phone and comes with a pre-installed Android v5.1, which is Lollipop. The Perx edition is newer, and it has v7.0 of Android, Nougat.

Both phones are dual SIM and they support micro-SIM cards. All of the other options are also the same, including GPRS, EDGE, 3G, 4G, VoLTE, Wi-Fi with a hotspot option, Bluetooth v4.1, and micro USB v2.0. Both have a 3.5 mm headphone jack, and none has a fingerprint sensor.

Memory wise, Samsung Galaxy J7 has 1.5 GB of RAM, while J7 Perx has 2 GB of RAM. Both have 64 GB of internal storage, but the Perx model can only be extended by 64 GB through a micro SD card, while the J7 can support up to 128 GB of extra space.

When it comes to displaying features, both are 5.5 inches, 720 x 1280 resolution screens, with 267 pixels per inch and a 16:9 aspect ratio. However, J7 has a super AMOLED screen, while the Perx has an AMOLED screen.

The rear camera on the J7 is a 13 MP one with autofocus, while PErx only has 8 MP. Both phones have a 5 MP front camera, but the J7 model also has a front flash. Video recording is 1080p at 30 fps FHD with both of these models. J7 has more features, including face detection, geo-tagging, panorama, and touch to pass. Perx only has face detection and touch to focus.

J7 runs on a Samsung Exynos 7580, 1.5 GHz Octa-Core Processor, and has an Adreno 405 graphics card. On the other hand, the newer J7 Perx comes equipped with a Qualcomm Snapdragon 625 processor, which is also an Octa-Core, working at 2.2 GHz.

J7 has a removable, 3000 mAh Li-ion battery, while the Perx has a more powerful battery with 3300 mAh, which cannot be taken out. The phones do not have fast charging options.

J7 has a better camera resolution and 62% more megapixels. It also has a front camera flash for better selfies in low light. It supports FM radio and has a removable battery. 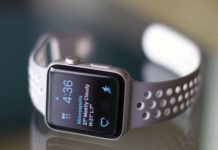 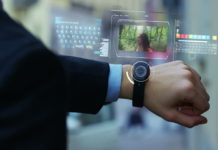