Home Business How To Make Your Workplace More Productive in 2022

If you run a small business – or a business of any size for that matter – you’ll know that productivity is one of the key drivers in business success. A productive team will almost always get better results compared with your average workforce. What’s more, a productive team is a happy team, which goes full circle in fueling further productivity.

It’s common to make the mistake that in order to have a more productive team, you have to reconsider all of your existing processes and systems, and perhaps tear them down and start again. However, making smaller changes in different areas can have the same impact, with much less disruption to your team.

Improving the productivity of your team can be achieved through small behavioural changes, upgrading how your team works, and even in adding new tools and systems. This guide will outline some of the small steps you can take to have a much more productive team, which will allow you to get closer to achieving your business goals, much faster.

Make use of the right tools

We live in a world of apps, programs and suites of software which is made to make our lives easier, both in the workplace and in our personal time. For the typical office team, there are countless tools and applications which can be used for communication, organisation and project management to name a few.

A marketing team with multiple functions, such as customer service, advertising, and social media teams will almost always have to be in constant communication to get projects delivered and out of the door. Tools like Slack offer a great way for teams to work in coordination with one another, with instant communication between team members which can be split into different project areas through different ‘chat’ groups.

Using these dedicated tools can save days – if not weeks – over a monthly period, by automating a lot of the manual work within a system that is not prone to human error (another bonus!). The use of these tools also enables members of your team to spend less time on what may be considered boring and manual work, which should make them more engaged in their role doing the things they do best.

When an employee is at their desk for the best part of 8 hours a day, it’s understandable that they may become distracted from time-to-time. A distracted employee is not a productive employee, as it not only wastes time during the distraction, but it also takes time for the employee to become re-engaged in their work, which can lead to a lot of time simply being wasted in a day.

It can be a good idea to request that members of the team turn off their mobile phones will in work mode, to completely remove the temptation of distractions from text messages and social media notifications, which can be dealt with during break periods rather than work time.

Outside of personal technology, another area of common distraction can be work colleagues who need help or advice on something. Instead of having team members walking from desk-to-desk for support, try recommending emails are sent for requests, allowing the team to get to them when they have time, rather than having to deal with them as-and-when they come in.

Finally, consider an approach to drastically reduce internal meetings, which can quickly suck up a lot of time for team members. Internal meetings are often said to be the single largest killer of time and productivity in the workplace, as they often require 4 or 5 members of a team to be in a room for an hour on average – this is over a full working day lost.

For a lot of people, the idea of a daily work schedule is a foriegn concept. Instead, they simply turn up to work and decide on the spot which tasks they’re going to deal with, and which they aren’t.

A much better approach is to have a daily work schedule, which focused initially on the most important and time-sensitive tasks, while leaving smaller tasks, such as replying to emails, until last. This ensures that by the end of the day, they will at least have the most important tasks completed (or at least started).

As well as on an individual basis, this can also be applied to a team. A good idea can be to get the full team together for a few minutes first thing on a Monday morning and put an action plan together for the week, ensuring all of the teams goals are met by prioritising the most important tasks to be completed first and making sure that the team has everything they need to get things done.

There will be times when a team needs to consult with others around the business to ensure any meetings or tasks fit in with others (and their schedules), this can be achieved via a few quick emails or face-to-face conversations.

Getting your team to be more productive is not a difficult task, and the benefits are wide-ranging. Spending a few hours per month on this, as well as reviewing how your plans impacted your goals, will likely be one of the better business decisions you are likely to make. 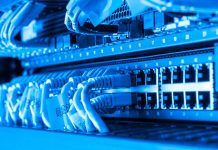 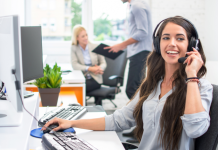