Home Tips What Do You Do if Your Car Accident Injuries Appear Days Later?

Car accidents are jarring. They cause an immediate and prolonged release of adrenaline in the body. And if there isn’t any blood or obvious broken bones, you might not always feel the pain associated with an injury until later. So what are you supposed to do if injuries emerge days or weeks down the road?

The Low Down on Car Accident Injuries

Car accidents are, unfortunately, quite common. According to research curated by the Association For Safe International Road Travel (ASIRT), approximately 1.35 million people die in car crashes each year around the world. That amounts to roughly 3,700 fatalities per day. And another 20 to 50 million people suffer from non-fatal injuries (many of which lead to long-term disabilities).

In the United States alone, more than 38,000 people die in car accidents each year. That amounts to roughly 104 deaths per day (and a fatality rate of 12.4 deaths per 100,000 people). Another 4.4 million people are injured enough to require medical attention. Not only do car accidents cost U.S. citizens $871 billion annually, but road crashes are the leading cause of death for Americans under the age of 54.

The majority of car accidents leading to injury or death are caused by:

And while the biggest focus should be on reducing accidents in the first place, individual drivers can only do so much to avoid danger. As such, we also need to focus on how we respond if/when we’re involved in a dangerous accident.

The Most Common Car Accident Injuries

According to BamiehDesmeth.com, the type and severity of a car accident injury is often dependent on factors like whether the individual was wearing a seat belt, what direction the vehicle was hit from, if the car had airbags, the speed of the collision, etc.

In many cases, these injuries are obvious. For example, if you have a bone sticking out of your skin, it won’t take very long to realize that something is wrong. Likewise, if your shoulder is dislocated, you’ll feel it pretty quickly. But other times, injuries aren’t immediately apparent.

Car accident injuries are exciting. Not in an oh-wow-this-is-so-fun sense of the term, but in a jarring-heart-pumping sense of the word.

As anyone who has been involved in a car accident knows, there’s a sudden rush of adrenaline that courses through your body and overtakes your senses. The rest of the world sort of fades into the background and everything inside of your vehicle slows down. You check yourself and nothing appears to be wrong. Sure, your wrist is a little sore and you notice some tiny scratches on your left arm, but you’re fine. You’re lucky!

But then a few days later, that wrist doesn’t improve. In fact, it starts hurting a lot worse. Your arm? Well, it’s started bruising pretty badly. And your neck and head have this excruciating stabbing pain when you look to the right.

Turns out you weren’t fine or lucky. You’re actually in a lot of pain and discomfort. And even though it might feel like it, these are not new injuries or symptoms. They’ve been there since the accident. They were just masked by the excitement of the moment.

This same thing happens in other situations, like a war, fight, or athletic competition.

“Sometimes athletes get injured during a game, and they continue to play without noticing the injury until the game is over,” Nolo explains. “That is because their bodies are generating adrenaline and endorphins. These two chemicals operate to super-charge our bodies and even block pain.”

When you’re involved in a surprising car accident, your body generates adrenaline and endorphins to give you energy and focus at a time when it might be necessary for your survival. And while they temporarily mask the pain, these effects eventually wear off. Once these chemicals subside, discomfort and pain ensue.

What to Do When Injuries Appear “After the Fact”

From a legal perspective, injuries that occur after an accident can be complicated. The insurance company responsible for the accident will almost certainly try to throw you under the bus and claim that you’re making your injuries up. They’ll say things like:

On the surface, these seem like valid complaints. But as you now know, it can take days for injuries to appear. And just because you didn’t recognize the symptoms right away, doesn’t disqualify you from getting the compensation you deserve.

The key is to act swiftly. You’ll need to hire a car accident attorney to help you formulate a proper claim, secure the right medical records, and negotiate with the insurance company. This is not something you want to attempt on your own. Get medical attention, hire an attorney, and focus on getting better. The rest will play out!

In the case your injuries appear days or weeks after an accident you can visit Land Parker Welch LLC to get help with filing a disability case. 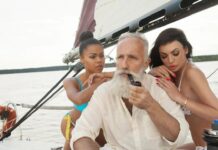 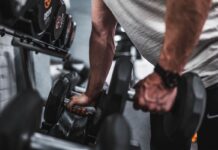 What Are the Best Practices for Recovering After a Gym Session? 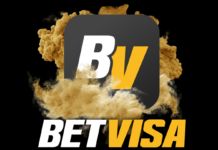